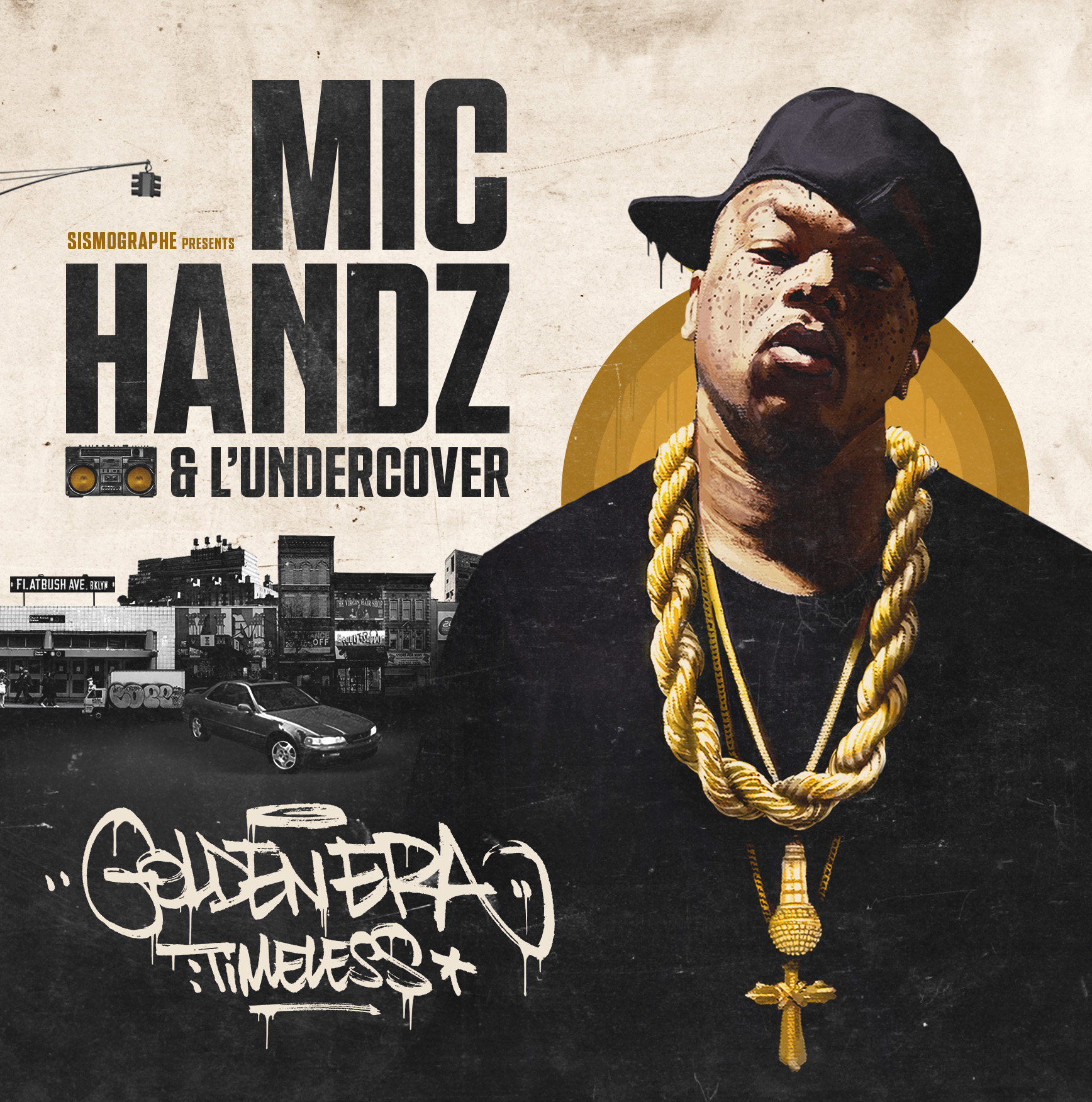 Golden Era Timeless was a brainstorm between the New York underground Hip Hop staple Mic Handz, and the Paris, France based production team Sismographe, lead by the production ear of the super talented L’Undercover, to collaborate on a project. Standing on the heels of the Sismographe release of the St.Ivan project “The Inevitable: All or Nothing” and hearing the incredible production work and seeing the marketing and visual support provided by Sismographe, it was clear that this collaboration between the Production team and the Brooklyn based emcee had to occur. The process started immediately, L’Undercover started crafting production and Mic Handz started crafting songs and calling friends to craft what would become this album. Golden Era: Timeless was set to be released in March of 2020, just prior to the world walking into a global pandemic. The world shut down and so did the future of this project. Mic Handz, who battled Chronic kidney Disease and 13.5 hours of Dialysis treatments weekly throughout the entire process, found it even harder to push through with the threat of covid looming over his immunocompromised circumstances. Mic handz shut down. Not knowing how to proceed musically, as well and not knowing how to successfully navigate an album release in the height of a global paralysis, Golden Era Timeless seems to be shelved. Nonetheless, Mic handz spent his time in the lockdown, designing and plotting the merchandise presence of the Golden Era movement, so that whenever the world reconvened, there would be a support campaign around the album. L’Undercover would check in to try and realign the release with the distributor Modulor several times along the way but no time seemed right and Mic Handz couldn’t get out of his own way, be it life, family or health. In August 2020, Mic Handz had his kidney transplanted and this changed everything. Doctors gave Mic Handz roughly one year to get back into “fighting form” and be stable enough to chance being in the world, especially in light of Covid-19. In 2022, the pandemic is still here but the mandates have lifted and people are starting to get back to some kind of normalcy. L’undercover felt that the time had come, ready or not to release the project. This album has been a journey to create, and even more of a journey to get out, but I believe that when it does, it will prove that beyond the shadow of a doubt the GOLDEN ERA is indeed TIMELESS!!!